Socrates did not have a definite dogmatic teaching, and yet he was the best teacher of philosophy, who taught his friends to “philosophize”, “testing himself and others.” The teaching was primarily a personal example, which served his disciples a rule of mental and moral activity. In this sense, we can talk about the teaching of Socrates, which is primarily a doctrine of philosophy, a method of philosophy and breaks down into theoretical methodology (the doctrine of knowledge) and practical methodology (moral philosophy). The main philosophical method of Socrates was here and there, and there was dialectic – the consideration of the concept from different sides, its study in different situations. He himself (recalling the craft of his mother, the midwife Fenaret) often referred to his philosophical approach as mayevtic (“obstetrics”), for the true sage does not follow the opinions and ideas of the crowd, but helps to “be born” the right idea through long and comprehensive reflection on it. 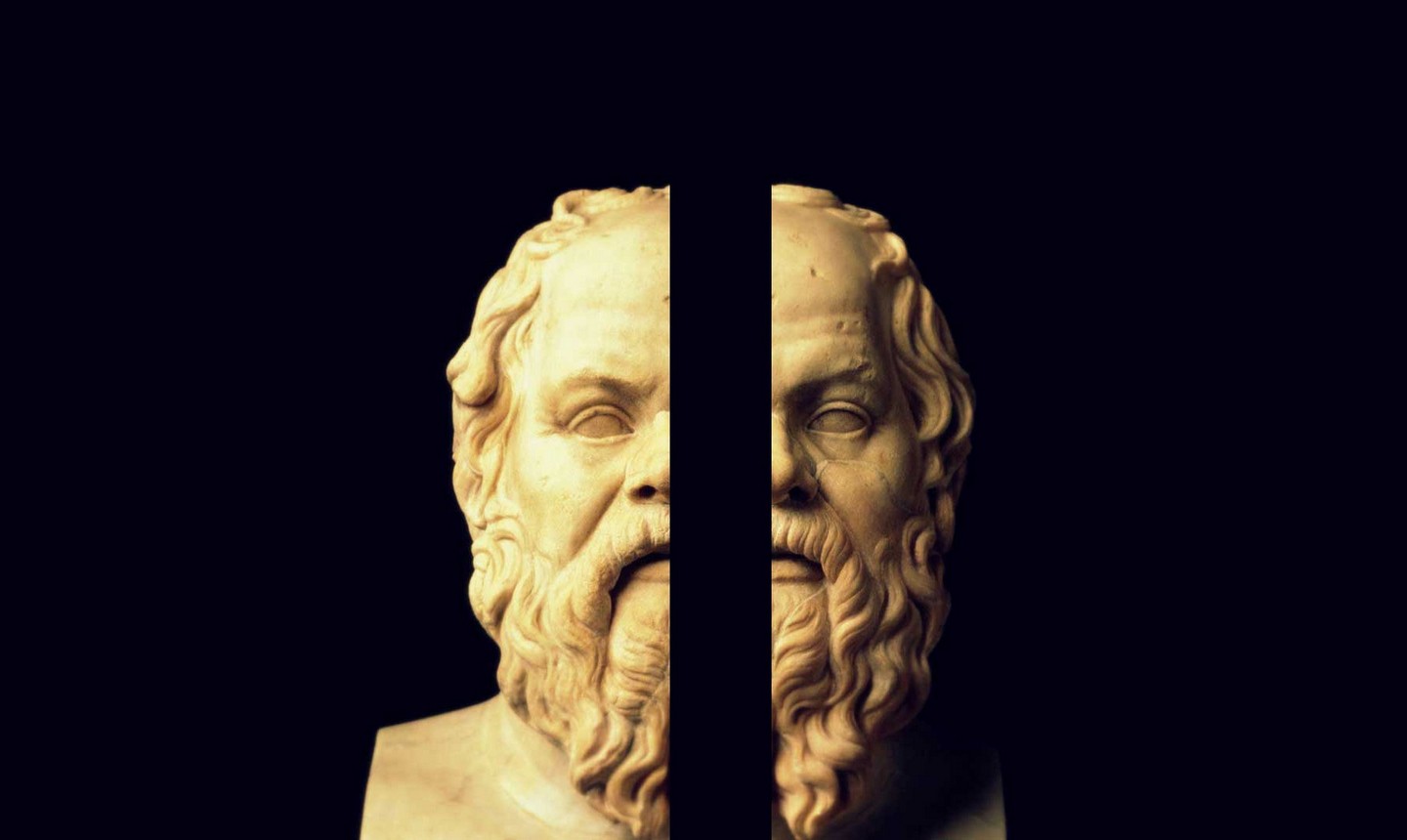 Leaving at all attempts to penetrate into the secrets of nature, as barren and godless, Socrates, according to Aristotle, confined himself to ethical research. They became the field of application of his dialectic. Human activity, theoretical and practical, must be determined by reasonable standards, and therefore Socrates made a demand – to find objective theoretical and practical, logical and ethical norms. While the Sophists denied any objective norms and recognized the “measure of all things” – a person, that is, subjective opinion and arbitrariness of man, Socrates tried to find in the very mind of man a universal and objective norm. This determined the most dialectical way of its search, methodical interrogation of others.

To properly act, live right, you must first of all know the truth, know the good, know the true good of man. But to know anything, one must be able to distinguish truth from falsehood, true knowledge from false or imaginary. In the “Apology” of Plato, Socrates tells how in his quest for wisdom he addressed both to practitioners, artists, poets, artisans, and philosophers, but no one had the very idea of what is knowledge, from which all their delusions flowed.

The outer sign of the fallacy of the preceding philosophy was Socrates’s fundamental, insoluble contradictions of her individual teachings – the philosophy of unity and philosophy of the set, the philosophy of eternal movements, the eternal genesis and philosophy of a single, immovable, unchangeable being. Speaking of the absolute and eternal, the first reasons for being, philosophers not only do not converge, but “like mad” completely contradict each other regarding the same thing – the nature of things. And this is primarily due to the fact that, when they are speculating, they do not realize what human knowledge is. Each of them proceeds from consideration of some abstract principle, of one side of things, believing that it has absolute truth. But for Socrates the perfect truth is an ideal that is inaccessible to external human knowledge: if we had this truth, we ourselves could create things; if we knew the laws of nature, the mysteries of the universe, we ourselves would be gods, for absolute knowledge is peculiar only to God, and not to people.

Exploring critically and dialectically our knowledge, we are convinced that its beginning is intelligence; principle of the perfect, absolute, universal knowledge can only be the divine mind. 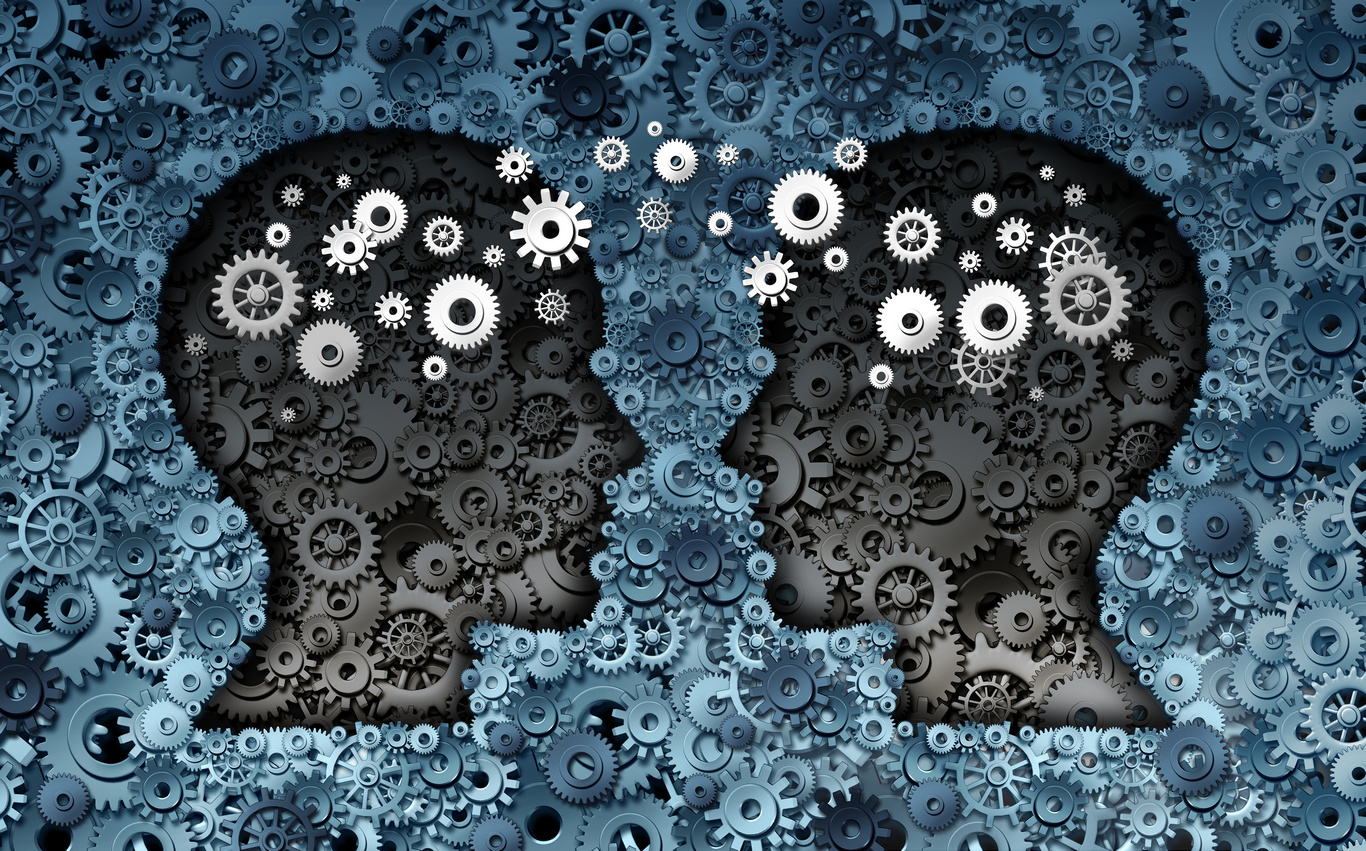 Only from such a reason can we know the universe; Meanwhile, the ancient philosophers, if they came to the external recognition of such a beginning (as Anaximander did, for example), yet they saw in him only a mechanical force and the phenomena were explained not mechanically or reasonably, but mechanically. Socrates recognized philosophical physics as impossible, for the task of entering the mind of the universe exceeds human strength. Knowledge of the mysteries of nature is inaccessible to man and could only be given to him only through revelation.

What can a person know in this case? According to Socrates, “divine deeds” are inaccessible to him; but “human affairs” – what depends on him, on his conscious will, on his reason – that’s what can be understood by him, what constitutes a natural, not only possible, but also a necessary object of his cognition, is that to him all you need to know. Meanwhile, the efforts of philosophers are directed entirely into a different field. What is right, justice, virtue, law, the state, what is godliness, wisdom – the rhetoricians and sophists themselves, the professional teachers of virtue, are not aware of this.

True knowledge is first of all understanding. Exploring the nature of human knowledge, Socrates found that it is realized through concepts; the true concept is the norm of knowledge. The method of concept formation is the path to true knowledge. But our concepts, in their very logical form, are universal, universal: each of them, being one, affects in an indefinite set of things (for example, concepts – man, animal, virtue, etc.) that it embraces. Therefore, we can form a correct concept only of what is embraced by our mind, that is, about “the affairs of men”; on the contrary, “deeds divine”, i.e. The universe as a whole is not embraced by our mind, and therefore there can not be properly formed concepts or universal definitions, and therefore there can not be true knowledge. In the field of “human affairs” our mind is “immanent,” as Kant would say; in the field of “deeds of God”, or the doctrine of the nature of things, he is “transcendent”, i.e. goes beyond its natural boundaries. Hence, an important practical result: leaving aside “all nature”, Socrates plunged entirely into the ethical realm, “since it was he who sought the universal (universal principles or concepts) and the first sent his thought to general definitions” (Arist. I, 6). By means of concepts, not external individual things are learned, but general norms of human relations.

In connection with this conception of the nature of knowledge, there is another peculiarity: Socrates argued that knowledge can not be transferred or taught in an external way, one can only awaken the desire for it. Everyone must draw it from himself through the testing of self and self-knowledge, which are the basis of dialectics. Otherwise, in the field of “human affairs,” we can not know anything “universal”: true knowledge, embracing or understanding its subject (the knowable), has its own source in the most knowing. That is why Socrates, reducing virtue to knowledge of the good, denied that this knowledge could be taught so that he could be taught for a known bribe, as the sophists did. 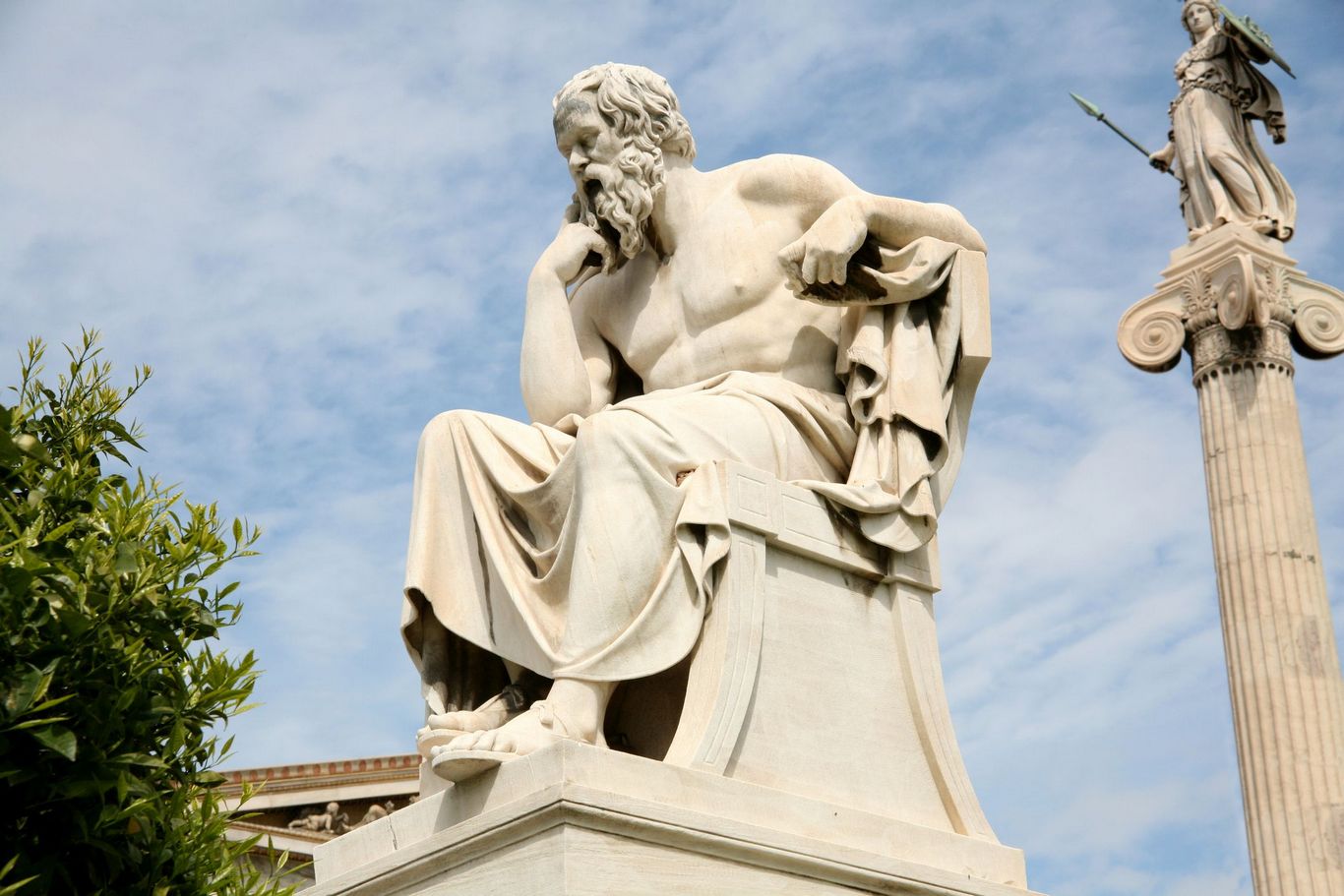 The dialectic of Socrates, which served as a revelation of imaginary knowledge, presumably pursued a practical goal. But nevertheless, it was of the greatest importance for the subsequent development of theoretical philosophy, which is not without reason characterized as the philosophy of the concept. At the basis of the dialectic of Socrates lies not only the general ideal of perfect knowledge, but also the beginnings of logic, the theory of the concept. This convinces us, firstly, the consideration of certain examples of Socratic conversations in Xenophon and in the early dialogues of Plato, and secondly, the controversy over the nature of the concept that flared up among the disciples of Socrates after his death.