Idealism is a philosophical term. First of all, practical and theoretical idealism must be distinguished. Practical or ethical idealism denotes the distinctive direction and color of all psychic life and activity of a person guided by ideals. The idealist applies his ideals to reality, he does not ask about what things are, but about what they should be. The existing seldom satisfies him, he strives for a better, more beautiful world, corresponding to his notion of perfection, and in which he already lives mentally. This is not dreamy idealism (idealism in the worst sense), which imagines a fantastic ideal world without wondering whether it is within the limits of possibility, whether it is consistent with the nature of things and man. Such idealism leads either to pessimism and inactive dreams, or to the death of the individual in the struggle against reality. 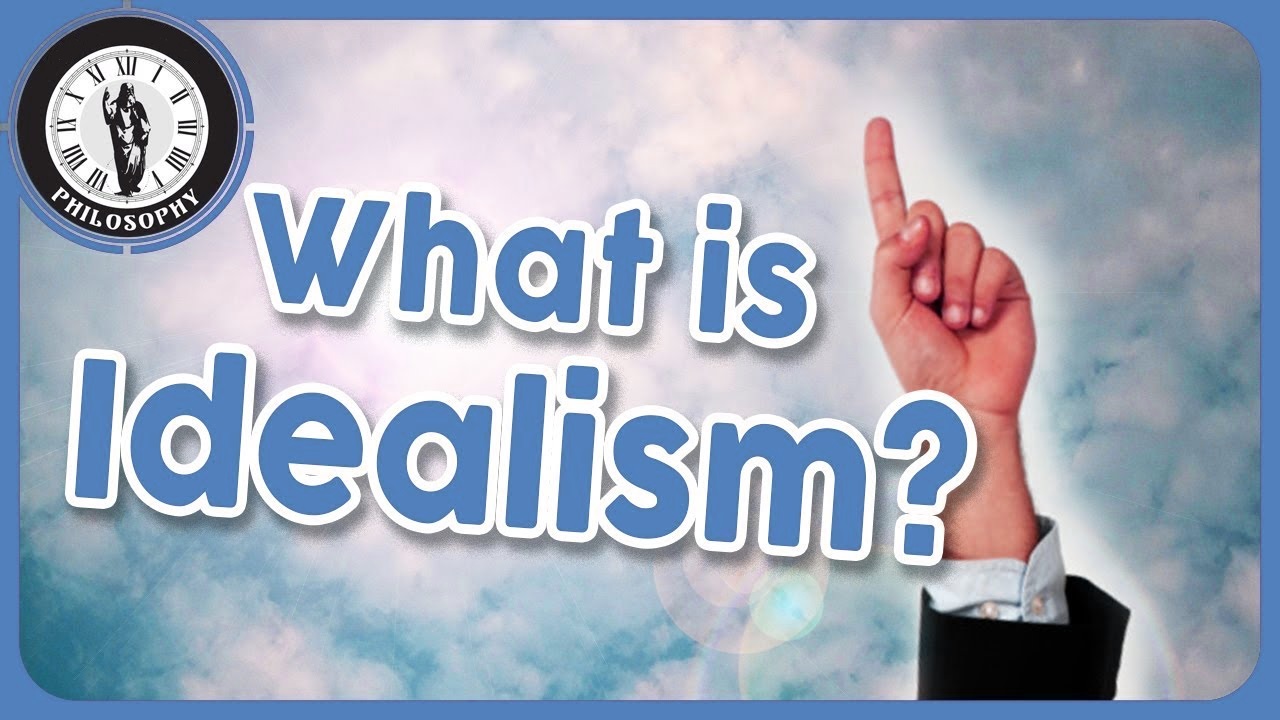 Theoretical idealism can be either theoretically-cognitive, or metaphysical. The first is to affirm that our knowledge never deals directly with the things themselves, but only with our ideas. He was motivated by Descartes, who made the starting point of his philosophy whether we have the right to assume that our ideas correspond to objects, and at the same time, a preliminary doubt in the reality of these latter (skeptical idealism). The systems of Spinoza and Leibniz belong also to the idealistic, but they have no more doubt as a transitional stage, because on the basis of God’s truthfulness, as the culprit of our ideas, according to Descartes’ teaching, or the “pre-established harmony” that Leibniz admits, we have the right to assume real external things corresponding to our ideas. However, under the influence of Locke, Berkeley and Hume went further: the first recognized only the reality of God (as the culprit of our ideas) and other spirits, but challenged the reality of external things, and the latter – in general, all real being outside of representations (subjective idealism). Finally, Kant tried to pave the way with his critical or transcendental idealism, for although he maintained that space and time are only forms of our sensibility, and things are only phenomena that are conditioned by these forms and can not be represented in addition to the sensing subject, but while recognizing the undoubted empirical reality of “things in themselves,” outside the individual personality, which itself is only a phenomenon in the transcendental sense. Doubt remains to him whether in general phenomena (empirical objects) correspond to things in themselves (transcendental objects) that are inaccessible to our cognition, or the concept of the latter has no meaning at all. Theoretical cognitive idealism is confirmed by the latest physiology and psychology, which teaches that the representation of the spatial external world arises in the soul and that subjective factors play an important role in this.

The metaphysical same (objective) idealism teaches that the true essence is not in dead matter and blind natural forces, but in spiritual principles (“ideas”): the material nature is only a form in which the ideal spiritual content is minted, just as a work of art – only a means to implement an artistic idea. Metaphysical idealism therefore gives preference to the ideal before the sensually real, causal explanation subordinates to the teleological, and the study of particular substances and forces recognizes the lower stage of the cognition of nature, completed only by penetration into the general “plan” and “goal” of creation. This teaching was justified in ancient times by Plato and developed further by the Neoplatonists. In modern times, Kant again restored it, and then Fichte, Schelling and Hegel created brilliant idealistic systems, turning Kant’s theoretical-cognitive idealism into a metaphysical one. If Kant asserted that external things are only phenomena for the subject, Fichte taught that they are completely determined through the medium of the ego and understood the world process as the gradual implementation of moral ideas. Schelling extended this notion of I to the concept of universal creative activity, through which the reality of the I and all individual beings, which forms nature and spiritual life, are obtained, depending on whether it is conscious or not conscious of itself (objective idealism). Finally, Hegel went on to absolute idealism, saying: “Thinking, a concept, an idea or rather a process, the immanent origin of a concept is a unity of being and true. Nature is the same idea in the form of otherness.”

But even these big thinkers could not eliminate the difficulties associated with the question of the relation of the ideal to the real, the causality to teleology and their system was later strongly shaken by the realistic natural scientific worldview that was inclined towards materialism. At the end of the XIX century, Eduard von Hartmann tried in his “Philosophy of the unconscious” to renew metaphysical idealism and to reconcile it with realism.